…in the new Spooks movie trailer! 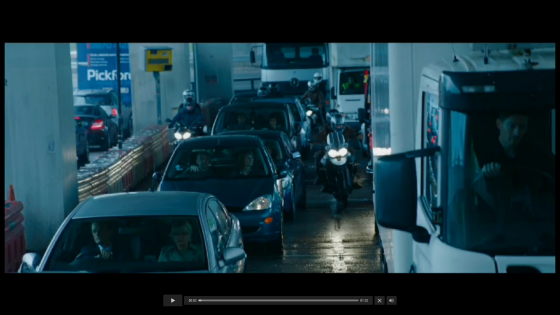 Pickfords Birmingham driver Brian Da Costa and vehicle number 6739 were lent out for three days’ filming on the set of Spooks: The Greater Good earlier this year. The film’s trailer was recently posted online, featuring a shot of our truck in the opening scene.

During filming on Coventry’s ring road, our vehicle formed part of a four-lane traffic build-up as part of a dramatic scene in which ‘June’ (played by Tuppence Middleton) is hijacked at gun point by terrorists on motorbikes!

Of course we don’t yet know how much of Brian and the truck will be shown in the final film; we’ll just have to wait until it’s released in UK cinemas on 8 May!