Once you’ve booked your home move, there are a few things you can do around the house to make packing and moving out go extra smoothly. Follow these tips to prepare your home for the big day:

1. Clean your attic or loft
This helps the removal team see everything that needs to be moved, ensuring nothing gets forgotten.

2. Disconnect, drain and dry all white goods
Ensure ease of movement for your fridge, freezer, washer and drier on the day.

3. Take down all curtains, blinds and fixtures
This will save a lot of time on move day. Make sure all pictures, mirrors and other hanging objects are taken off the walls.

4. Fold all bedding and linen
Lay everything out on the beds, ready for packing.

5. Pack all electronic devices in their original packaging
If not possible, your removal team can use specialist packing materials for your devices.

6. Clear out your garage or shed
Clean and bundle together any tools for easy carrying.

7. Arrange for your pets to stay with a neighbour
This prevents them becoming unsettled on move day.

9. Wrap plants in newspaper
This protects them from drafts and stops the leaves bruising.

10. Set aside any items for storage
This ensures they can be easily identified by the removal crew on the day. 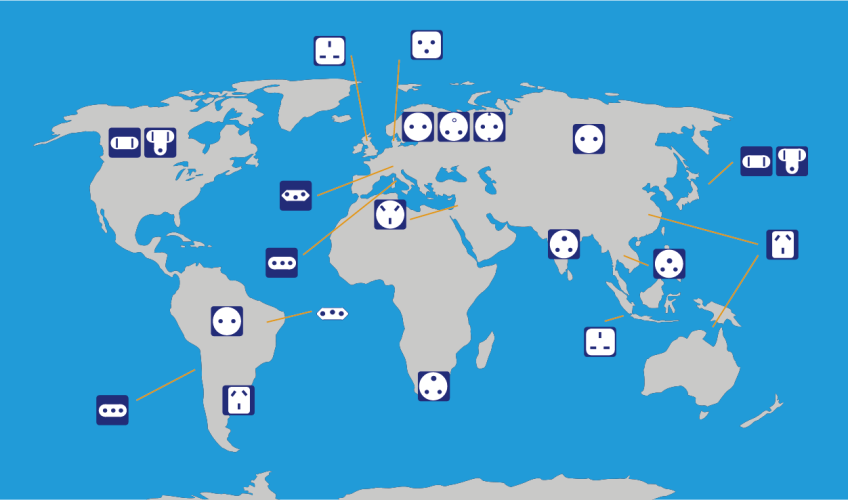 When moving abroad, most electricals are compatible between different countries, but only with the right plug. There are a ‘shocking’ number different of sockets, and it’s easy to get confused as to which type you need for your destination country. Stay ‘current’ and find out which adaptor you’ll need with our handy infographic:

Ready for your move abroad? Contact Pickfords for expert international packing and removals. Click here for a quote or find out more.

Selling up? In this volatile housing market, small changes can make a big difference to the saleability of your home. To maximise buyer interest in your property, here are a few things to avoid:

Forget letting your home feel ‘lived in’. Tidy, open rooms help buyers mentally fill the space with their own belongings. Put away, get rid of, or put into store anything that could be seen as clutter or mess.

Leave your home too personalised and buyers won’t be able to see themselves living there. Keep visible family photos and other personalised items to a minimum.

Keeping everything in its place

Your current home layout may be functional, but opening up the space will increase buyer interest. Achieve this by:

DIY done right may save a bundle on labour costs, but make a mess and you risk putting buyers off. If in doubt, hire a professional. 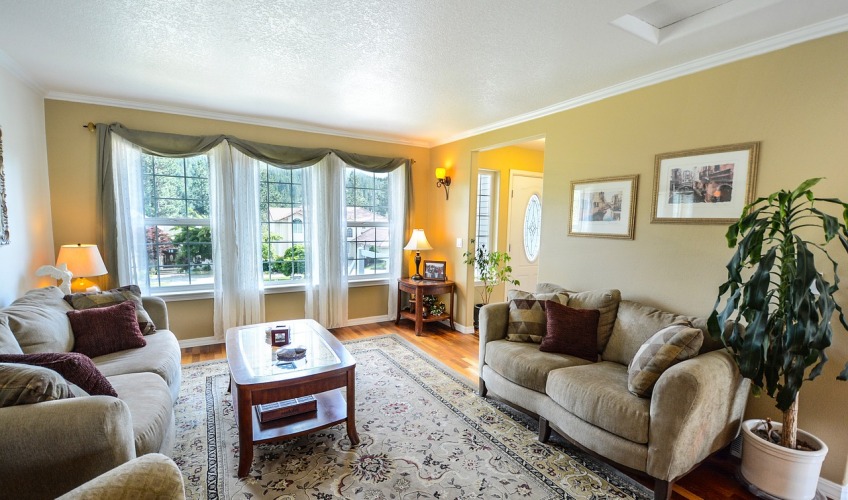 Eyeing the next rung on the property ladder? Simply putting your home on the market is unlikely to generate the capital you need to move up. Here are some adjustments you can make to increase the value of your property:

The easiest way to achieve this is via loft conversion. If you have the space, add an en suite to help sell the benefits of the extra living area.

A well designed, properly integrated conservatory can add far more to the value of your property than the cost to build it.

Turn your garage into living space

Most garages end up as junk storage spaces; not an attractive asset to potential buyers. Transform the space into a home office, utility room, playroom, gym, or anything you fancy. Consider a local storage service for the items you don’t need regular access to.

Pave over the front garden. Buyers are more swayed by decent parking than an attractive lawn. Keep the flower beds or introduce some potted plants to offset the paving.

Clean up the outside

Clear the gutters, clean the windows and refresh the paintwork. Make the outside spick and span to help your property stand out from the neighbours’.

Knock down some walls

Buyers are more interested in the amount of usable space than the number of rooms.

The kitchen has become the centrepiece of the home, and must look modern and functional. Create as much counter space as possible and invest in a modern fridge, freezer, sink and cooker. 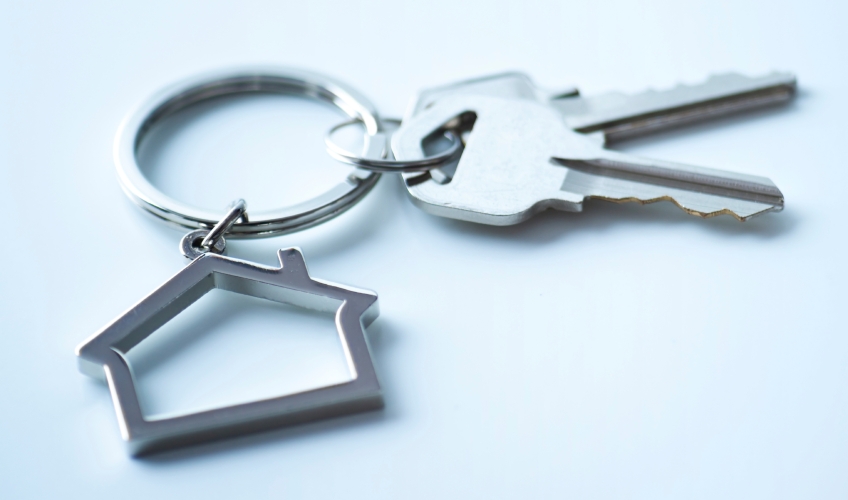 When you move home, it’s important to let people know your new address so records can be updated and your post arrives to the right place. To help ensure you don’t miss anyone, we’ve outlined the main parties who will need to know your updated details ahead of moving day:

Two to four weeks before the move

Standing orders/direct debits
Give your new address to companies to which you pay standing orders, or with which you have a hire purchase agreement or loan.

Stocks and shares
Notify your stockbroker or each individual company registrar.

Royal Mail
Set up mail redirection to your new home.

Your doctor, dentist and optician
De-register and research alternatives nearer to your new address. Liaise with your hospital if undergoing regular treatment.

Pension scheme
Advise your local Post Office or private scheme of your change of address.

Subscriptions
Notify any organisations, clubs or charities to which you subscribe of your new address.

Schools
Notify schools of your leaving date and advise the new schools as soon as possible.

One week before the move

Electricity and gas
Contact your energy suppliers to advise the date you will be moving, giving at least 48 hours’ notice.

Water
At least 48 hours’ notice is required by your existing and your new authority to disconnect and reconnect supply.

Moving home can be a daunting prospect, particularly if it’s your first time. But as with any significant life event, a bit of foreknowledge and planning can go a long way to easing those pre-move nerves.

To help you prepare for your move, our bluffer’s guide infographic takes you through the whole process, including what you need to do leading up to the day, and what to expect from your removal company:

Pickfords, the UK’s largest removals and storage company, helps 30,000 customers move home every year. To find out more, visit our website or request a callback today. 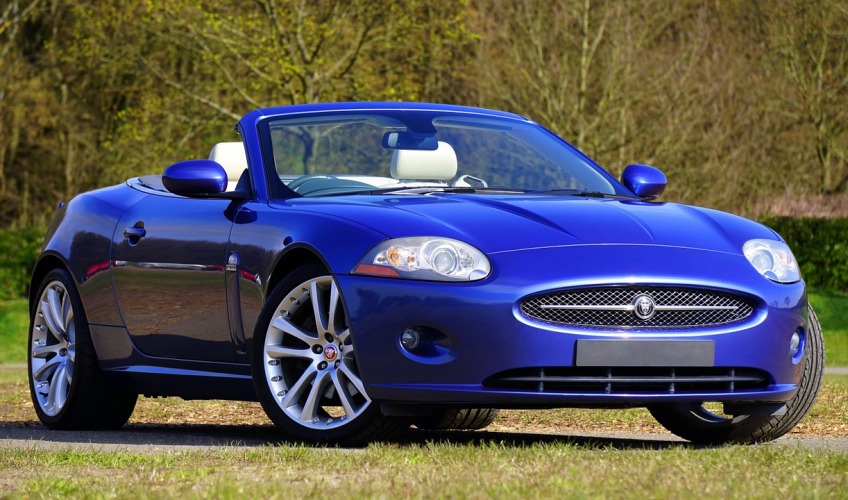 The Australian Customs and Border Protection Service have recently published new rules for importing motor vehicles. For any vehicle being imported into Australia, Customs now requires a declaration completed stating that it does not contain any asbestos.

Most UK market vehicles manufactured since 1999 should comply if serviced solely through an authorised main dealer. However, owners must be absolutely sure that their vehicle is asbestos free and their declaration is completely correct, as very significant fines can apply to incorrect declarations. If you are unsure of the service or parts history, you should not ship the vehicle.

To be certain your vehicle will comply, you may wish to arrange a test through an ILAC asbestos testing facility.

For more information about shipping motor vehicles or household belongings to Australia, contact Pickfords free 0800 019 8556 or request a call back.

Canada has long been a favourite destination for UK expats. As the second largest country in the world, Canada has no shortage of things to do and places to go, boasting everything from stunning, snow-tipped mountains to bustling, metropolitan cities.

If you’re preparing for a move to The Great White North, here’s what to expect from the emigration process and expat life once you settle in:

Applying to work or study

British citizens applying to study or work in Canada will require an Eletronic Travel Authorization (eTA) to fly there. To study, you will need a study permit. Working in Canada may require a work permit depending on the type of work you intend to undertake.

Once you have arranged accommodation in Canada, you will need to ship your belongings over using an international removals company. When your belongings are being shipped over, it is important to remember that in Canada you must be present in Customs in order to clear them – if not, they will be “held in bond” by the Customs Office.

Cost and quality of living

Canadian property is generally more affordable than in the UK and many other countries. Overall cost of living can also be lower, depending on the city you settle in.

At the time of writing, Canada is 2nd in the Social Progress Index, demonstrating a very high quality of living compared to the rest of the world, especially in access to education and healthcare and personal rights.

With much of its vast landmass uninhabited, Canada is among the world’s lowest in population density. While this varies across the country, even the most populated provinces are far more dense than much of the developed world.

Approximately 85% of Canadians speak English, although only 58% recognise it as their mother tongue. Much of Canada is French speaking, especially in Quebec, where it is the official language.

Canadian weather varies across the country and throughout the seasons, though winters can be harsh in many parts of the country, with temperatures sometimes dropping below -40°C in the interior and Prairie provinces. Snow can cover the ground for almost six months a year in noncoastal regions, and can persist year-round in parts of the north. On the east and west coasts, average high temperatures are generally in the low 20s °C, while some interior regions can exceed 40 °C in summer months.

See also: How does Canadian culture differ from the UK?

With partner offices in Calgary, Toronto and Vancouver, Pickfords relocates hundreds of expatriates to Canada every year. To find out how we can help you fulfil your expat dream, visit our website or call 0800 019 8557.

The only guarantee with British weather is that it’s unpredictable. Whether you’ve recently bought a new property or are looking to sell your current one, it’s important to protect against extreme conditions, which can cause damage to your home at any time.

Here are our top tips for creating a weatherproof property:

Preparing for storms and hurricanes

Preparing for snow and ice

Ready to move home? Contact Pickfords for a free removals estimate, or request a callback today. 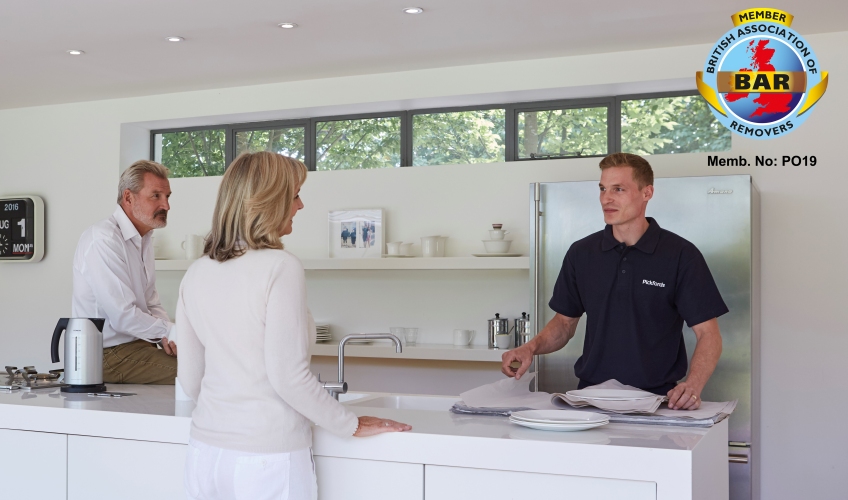 When moving home, you want to be confident that your removal company can be trusted to meet your needs without any issues. Whether you’re about to undergo a small, local move or are shipping a large household overseas, assurance that your goods are in safe hands will be paramount.

For over 100 years, The British Association of Removers (BAR) has promoted excellence within the removals industry, awarding membership only to reputable, professional and safe British removal companies.

To be a member of BAR, a moving company must meet a range of stringent criteria and undergo regular inspections to check that their employees, processes, facilities and vehicles all meet the highest standards set out in the BAR Code of Practice.

Customers choosing to work with a BAR-certified moving company can rest assured that their move will be handled with the utmost care and attention. In the unlikely event that any issues arise, the BAR’s advice and conciliation service to help resolve the matter.

Choosing a BAR-certified removal company guarantees the best possible service, giving you peace of mind throughout your move.

To find out about moving home with a founding member of the BAR; contact Pickfords for expert local, national and international packing and removals. Click here for a quote or find out more.