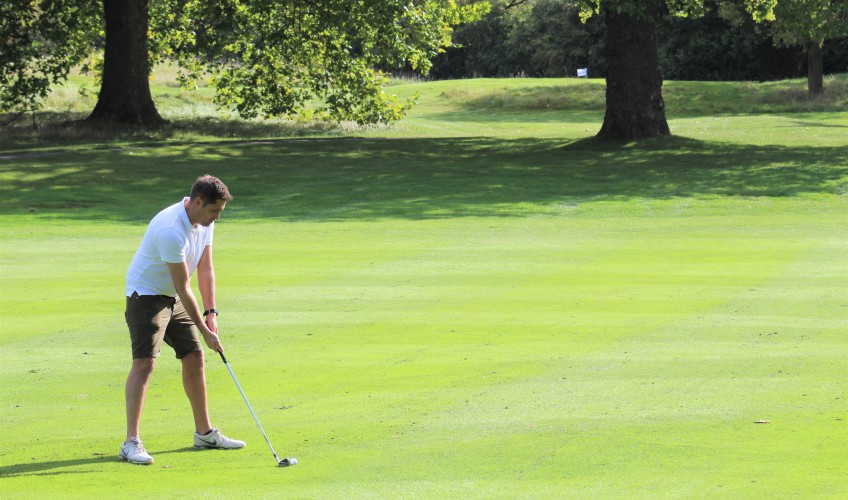 Thank you to everyone who sponsored and donated to our charity golf day last week; together we raised over £3,300 for Cancer Research UK!

This year’s event was held at Hanbury Manor Marriott Hotel & Country Club in Hertfordshire, featuring 18 holes across the 7,052 yard course. 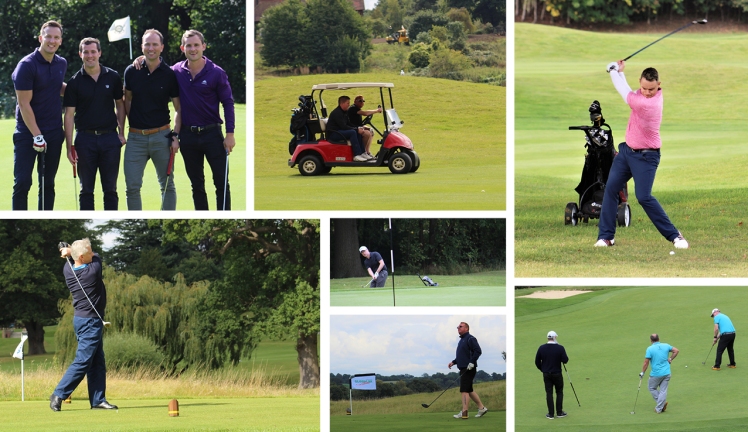 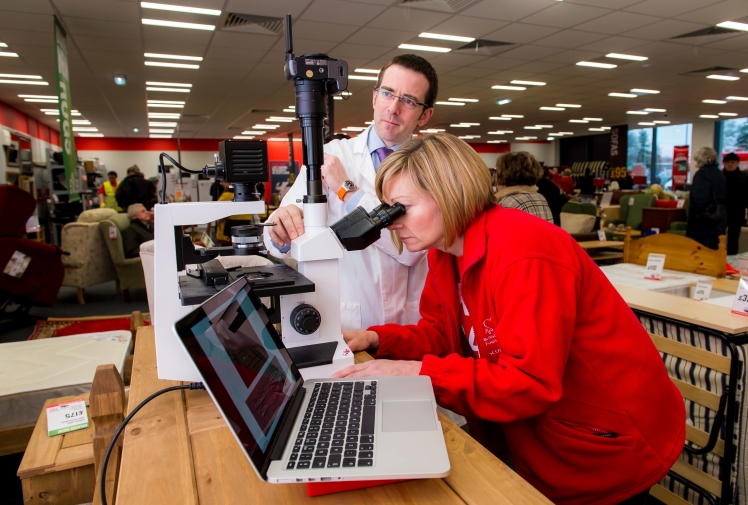 A huge thank you to MotoNovo Finance for helping us raise up to £2,790 for the British Heart Foundation!

During a recent head office move to Cardiff city centre, Pickfords Business Solutions collected pedestals, desks and PC screens from MotoNovo and donated them to BHF for resale.

The money raised from these items could help fund two portable defibrillators and other equipment that could save lives in local communities. 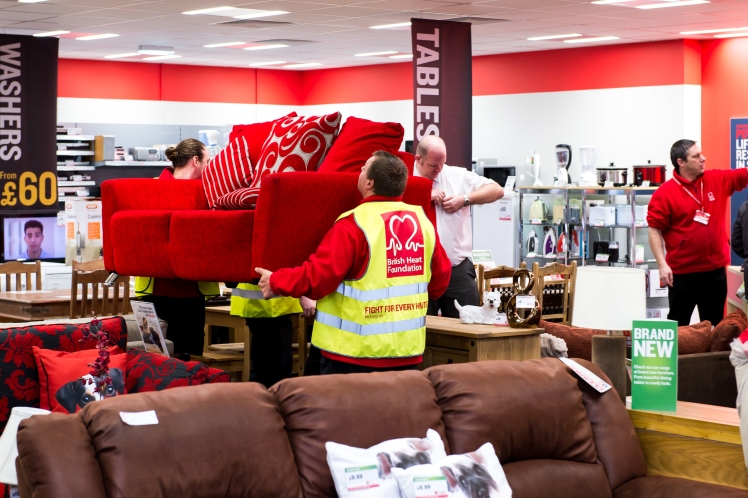 A big thank you to Natural Resources Wales for helping us raise up to £595 for the British Heart Foundation!

During a recent office move, Pickfords Business Solutions collected unwanted filing cabinets, pedestals, desks, chairs and other items from Natural Resources Wales and donated them to the charity for resale.

The money raised from these items could help fund a portable defibrillator and other equipment that could help save lives in local communities.

A big thank-you to Gary Casey and everyone at Pickfords’ Southampton branch for all their hard work this Easter, delivering and installing dozens of Easter egg collection points throughout Hampshire before collecting and distributing the donated chocolate eggs to disadvantaged children across the area. 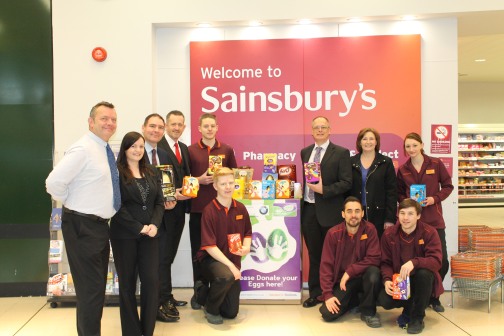 Southern radio station Wave 105’s ‘Cash for Kids’ Easter Appeal saw a record 5,000 Easter eggs delivered to under-privileged children across the south, giving each of them a little bit of happiness during the Easter period. 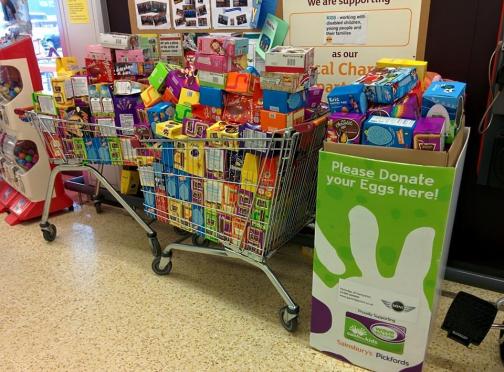 Locals were encouraged to buy one extra chocolate egg during their Easter shop this year and donate it to a collection point at their nearest Sainsbury’s, FJB hotel or Partridge of Hampshire BMW Dealer. Gary and his team worked tirelessly to ensure collection boxes were delivered in good time and the donated eggs distributed in time for Easter.

Gloria Hill, Charity Manager at Wave 105, was quick to thank the team for their efforts:

“A big thank you to Gary and all the staff for supporting our 2015 Egg Appeal; we raised 2,000 eggs over last year’s target. Please pass on our thanks to Laurie and all the guys in the warehouse and office.”

Well done to all involved.

5,000 #eggs is our BIGGEST ever! A HUGE thanks to everyone who donated an #EasterEgg to our #CashforKids appeal! pic.twitter.com/MUHCRgSvIB

A big thank-you to College of Policing for helping Pickfords raise up to £13,670 for British Heart Foundation from over 270 items of furniture donated during the College’s recent office relocation.

College of Policing appointed Pickfords Business Solutions to move and environmentally dispose of various office equipment and furniture from multiple office sites, in the process of relocating to a new building in Sunningdale, Berkshire.

Household appliances and furniture were donated to British Heart Foundation, totalling 276 items, to help fund pioneering research in the fight against heart disease.

A portion of the remaining furniture was donated to LAM Action for remodelling, gym and canteen equipment was donated to Office Clearances for reuse by a school in Senegal, and the office furniture donated to the Hook Village Halls charity. Any remaining items were recycled.

A big thank-you to Pickfords’ Southampton branch who recently lent a hand to Southampton General Hospital’s Wessex Children’s Cancer Unit, packing, storing and returning sofas, televisions, toys and equipment during the refurbishment of their play room and school room / teenager’s area on the Paim Brown Ward.

The play room and social area are great resources for children and young people undergoing treatment or visiting friends or family on the ward, but staff and users recognised that the facilities were no longer fit for purpose and in dire need of renovating and redecorating.

A complete refurbishment project was funded through donations from local families and supporters, but unfortunately there was no budget for the moving and storage of the furniture and equipment. With no room to store at the hospital, the Paim Brown Ward approached Pickfords’ Southampton branch, who were more than happy to volunteer their services.

Pickfords packed the contents of the rooms into cartons, removing everything from the site ahead of the refurbishment. The equipment was delivered to Pickfords’ local storage centre in Eastleigh for the duration of the project, before being dropped off again ahead of the grand reopening a few weeks later. 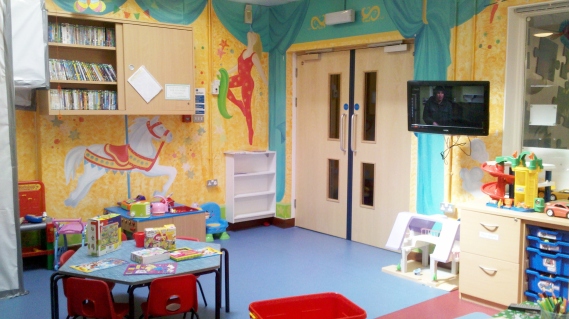 Rachel Funnell, Charity Co-ordinator at the Ward, got in touch after the move:

“Dear Nick and the team,

On behalf of all the families and staff on Piam Brown Ward, I am writing to thank you very much indeed for your generous donation of packing, storing and returning all the equipment and furniture from our play room and school room.

Your team were fabulous, Paul Stephen, Rory and Terry all worked so hard for us. All the staff on the ward really do appreciate your support, thank you.”

The Piam Brown Ward treats over 100 new children from 1 day old to 16 years old each year. The refurbishment was part of a project by Southampton Hospital Charity to enhance the world class facilities provided at Southampton General and the Princess Anne Hospitals by University Hospital Southampton NHS Foundation Trust (UHS) to some 1.3 million people living in Southampton and South Hampshire.