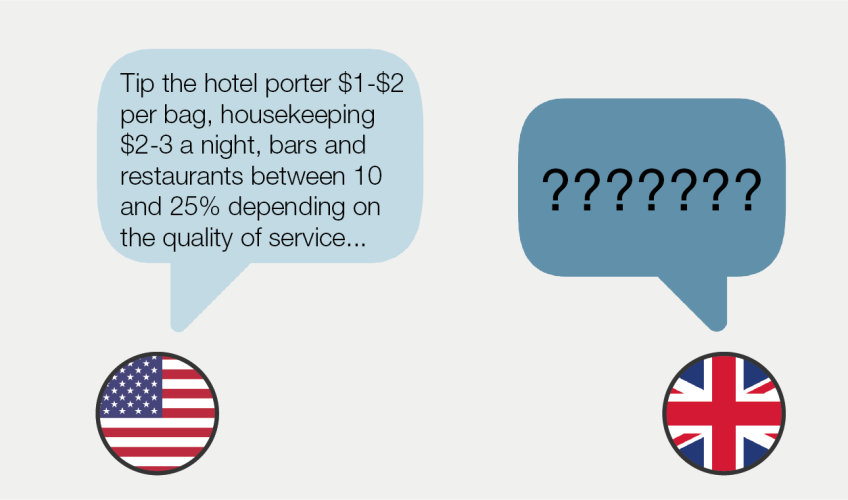 Offering a range of work and retirement options, the US is one of the most popular destinations for UK expats. Brits destined for the Land of the Free will enjoy a largely familiar language and lifestyle, lower taxes, cheaper food and, often, better weather.

While all this can mean easier cultural integration compared to other popular destinations, Brits will inevitably encounter a degree of culture clash while stateside. Here’s a few things to look out for:

With partner offices across the States, including New York, Los Angeles and Chicago, Pickfords relocates hundreds of expats to the USA every year. To find out how we can help you fulfil your expatriate dream, visit our website or call 0800 019 8557. 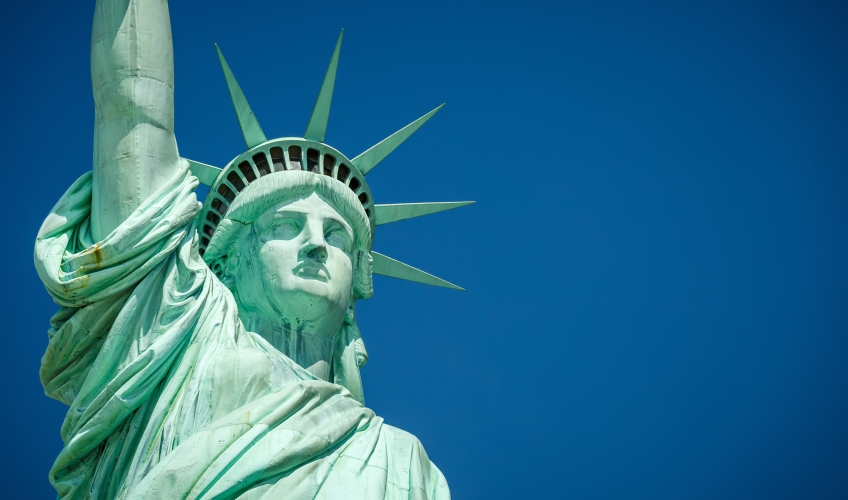 The US is a land of opportunity for many British expats, with commercial centres such as New York and San Francisco offering careers in a diverse range of industries, while sunny states like Florida draw in thousands of retirees in search of the quiet life. So whatever your reason for emigrating, what do you need to get to the US, and what can you expect on arrival?

British citizens can apply for the Visa Waiver Programme for stays of up to 90 days, otherwise you will need a visa from the US Embassy. Your passport must be valid for the proposed duration of your stay. For more information on US entry requirements, visit GOV.UK.

The US has a resident population of over 324 million, making it the third highest populated country in the world. Over 73% of the population is White American, 13% African American, 5% Asian and 1% American Indian, Alaska Native, Native Hawaiian or Pacific Islander.

There is no official language of the US, although 80% of the population speak only (American) English at home. Spanish is the second most spoken dialect, with 45 million speaking it as a first or second language.

The differences between British and American English can occasionally cause confusion; some examples of British words and their American equivalents can be found here.

Differences in latitude and geographic features mean that climate varies considerably among (and within) major expat destinations; for example:

According to InterNations, expats feel warmly welcomed in the US, and report high satisfaction with their careers and leisure opportunities. While many believe childcare, education and healthcare are expensive, most agree that the quality of these services is high.

With partner offices in 10 key US cities, including New York, LA and Chicago, Pickfords relocates thousands of expats the the US every year; to find out how we can help you fulfil your expat dream, request a callback or contact us on 0800 019 8557. 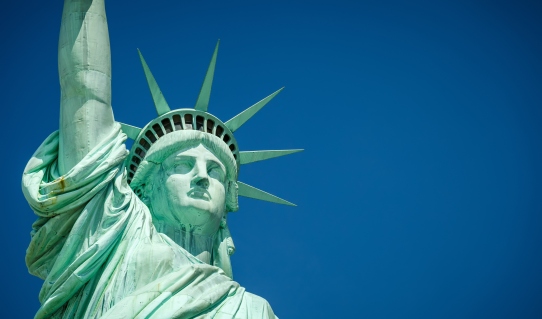 One of the most popular destinations for UK expats, the USA offers a wide range of work and retirement options, coupled with a largely familiar language and lifestyle as well as lower taxes, cheaper food and, often, better weather.

While the US provides easier cultural integration than many other popular expat destinations, Brits will inevitably encounter many cultural differences that may come as a surprise without due preparation:

Strangers will talk to you unprompted

Expect to be spoken to by people you’ve never met in public settings, particularly on public transport. While Brits can find this intrusive, Americans generally see it as being friendly.

Many Americans love to hear British accents, so may approach if they overhear you ordering in a bar or restaurant.

What might seem private in the UK may well be seen as fair game for conversation in the US. Be prepared to field questions about your life in the UK; your upbringing and family. People generally aren’t trying to probe, they are normally just curious about you and your background.

Don’t be surprised if your dry and sarcastic whit is lost on your new American friends. While the British way of thinking is becoming more familiar thanks to major television exports such as Downton Abbey, Doctor Who and Sherlock, our more subtle humour may still be received with blank stares.

Having been raised reciting the Pledge of Allegiance every day at school, many Americans are incredibly, openly, patriotic. This means that, as well as struggling with sarcasm, many US citizens may not appreciate self-deprecating humour, as it could be perceived as an insult to their country.

Christianity plays a bigger part in US culture than in the UK. Most schools start the day with the Pledge of Allegiance, and church attendance is seen as an important way of socialising. The faith also plays an integral part in US politics; politicians frequently discuss their religious beliefs while campaigning, and many churches and Christian figures are politically active. Christianity is particularly prominent in the aptly-named southern ‘Bible Belt’, where admissions of atheism may even cause offense.

You will be expected to tip

Any Brit who has watched the opening scene of the film ‘Reservoir Dogs’ knows that the US is serious about tipping. With few restaurants applying an automatic service charge, you will generally be expected to tip 15 to 20% on top of the price of your bill. Service providers such as cab drivers, bartenders, barbers and porters will all expect tips of varying degrees, as a large portion of their wages are made in gratuity.

Food is fast and fattening

While Brits do enjoy their fast and sugary foods, the US operates on another level entirely. Home of high-fat snacks such as Twinkies, s’mores, Pop-Tarts and MoonPie, even common brands such as Coca-Cola and McDonald’s are packed with far more sugar and salt than their UK equivalents.

Food and drink portions are far larger in the US. If you have a big appetite by British standards, don’t assume you’ll be able to handle American portions. A large Coke in a UK branch of McDonald’s is 500ml, which is smaller than a US medium Coke at nearly 600ml (21oz)!

‘Football’ has a different meaning

America loves sport (or rather, “sports”) as much as any Brit, but the popular sports greatly differ. Football (soccer), cricket and rugby mean little to most Americans; their national obsessions are baseball, basketball and American football. Ice hockey comes a close fourth.

With partner offices across the States, including New York, Los Angeles and Chicago, Pickfords relocates hundreds of expats to the USA every year. To find out how we can help you fulfil your expatriate dream, visit our website or call 0800 019 8557.